DJI OM 5 smartphone gimbal review, top 10 features to know before you buy. DJI, a company that is well-known for its gadgets and drone accessories, has recently launched the latest generation of DJI Osmo Mobile (DJI OM), namely the DJI OM5. This is the latest smartphone gimbal device, the successor to the previous version, namely the DJI OM4, which now brings several improvements.

The successor of DJI OM 4 also carries a number of features that are claimed to be able to provide convenience for content creators or travelers when capturing moments. One of them is in terms of design, where the DJI OM5 brings a combination of a smartphone gimbal device with a selfie stick. With the combination of these two forms, it allows users to record videos using smartphones stably, as well as use them as selfie sticks. The DJI Osmo 5 is equipped with three-axis stabilization. The smartphone gimbal is foldable and a third smaller than the DJI OM 4, so it can easily fit into a trouser pocket or purse.
One of the significant upgrades brought by the DJI OM 5 is the extension rod which can be extended up to 215 mm, so the smartphone gimbal can be used as a selfie stick to take pictures either from low angles or group of photos.

Different from before, the handle on this device has a rod, which can be adjusted in length and short with a maximum length of about 8.4 inches. This makes it easier for users to adjust the angle while still being able to record stably.

The shape is now also more compact, even claimed to be almost 1/3 of the previous version. For mounting it again, use a special smartphone clamp design which has a magnetic system to easily connect the gimbal to the smartphone.

Now the clamp design is made thinner, so users can be more compact when using it. In addition, the clamp is also equipped with a fill light with two LED lights to provide additional light, as well as a color temperature effect.

Several features that were present in the previous DJI OM4 are also back, such as DynamicZoom, hyperlapse, timelapse, motionlapse, panorama, spin shot, story mode templates, and glamor effects. This device can also be integrated using the DJI Mimo application which is available on Android and iOS.

If previously only available panoramic with 3 grid modes, now DJI OM 5 is said to be able to produce wide images with a size of 3×3. That way the result will be wider and wider to display a scene.

DJI OM 5 can also show the ability to shoot video like a pro using the Spinshot Mode feature. The device will provide a rotating effect automatically and stably. That way, novice cameramen won’t have to go through the trouble of creating the swirling effect that professional videographers usually do.

For the stabilizer, this device still carries 3 axes mechanical stabilizer. Its newest flagship feature is ShotGuides, which will provide shooting recommendations according to objects and the surrounding environment, such as nostalgia or the weekend.

Then DJI OM 5 also has the Hyperlapse feature which is commonly used for taking pictures with the outsubject position so that it can produce light effects on moving objects that are outside the main object.

Here there is a Panoramic Cloneme which serves to clone the subject in the video frame. That way, DJI OM 5 users can enter several of the same subjects in one image object. Later the results of taking pictures will be directly rendered through the application and can be stored in the smartphone gallery.

“So, what is the difference between DJI’s FPV drones and regular drones or other drones? In general, FPV drones differ from traditional drones in four main ways”.
You might also like
Today’s best sales. Find out

Then the application for DJI OM 5 also provides video capture capabilities with the Timelapse method which provides a time-lapse effect.

If you pay attention to how you take pictures on film, maybe Dynamic Zoom is one method that is often used. Usually this recording method will create a perspective blur by utilizing the zoom feature on the camera lens. So with the Dynamic Zoom feature in DJI OM 5, beginner content creators will easily display cinematic visuals.

The DJI OM 5 also has a smartphone clasp that is equipped with a flash to provide additional light when shooting video in dim environments. However, the Fill Light Phone Clamp is an accessory that is sold separately from the DJI OM 5 device.

In addition, DJI also presents ActiveTrack 4.0, the latest version of the focus lock feature, which can lock focus on certain objects while tracking the movement of objects as they move. So that the focus remains stable when recording video.

If you have read the 10 features that can be enjoyed on the DJI OM 5, the DJI OM 5 sales package includes one product unit, two magnetic phone clamps, a tripod, a USB cable for charging, a storage pouch and a hanging rope. This smartphone gimbal is available in two color options, namely Athens Gray and Sunset White. Shop Now.

Almost all of us have smartphones, so by adding DJI OM 5 we can produce quality video products, this DJI Osmo Mobile product can really help users make an image or video content easier using a smartphone camera.

I hope you found this article useful. If you want to read more about DJI, here is a selection of articles you might like:

Best gimbals, shoot smoother video on your phone and camera with DJI. 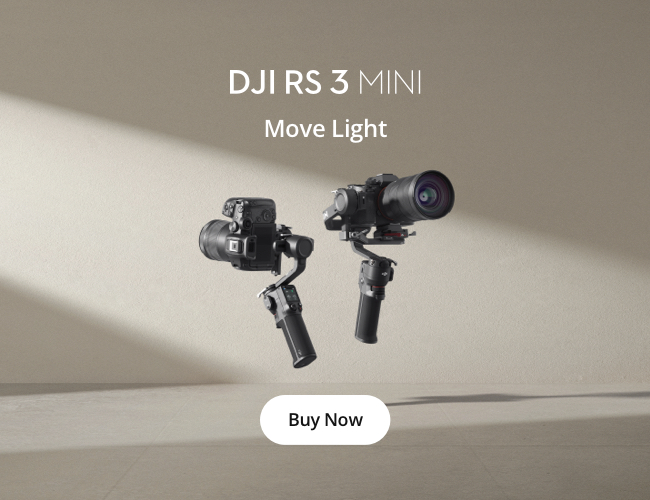 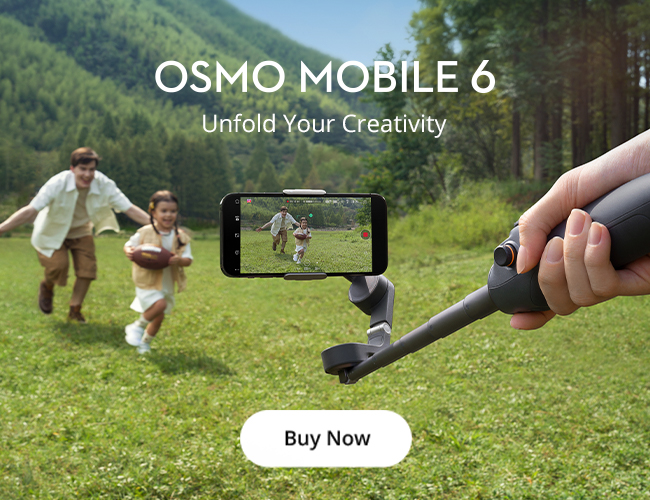 Garmin watch, as one of the best smartwatch manufacturers in the world today, Garmin has launched two new Forerunner series….